A new cannabis party in the Netherlands!

The Dutch government has broken apart and new elections will be held in
November. A great chance for the Dutch people to show the politicians that they
were unhappy about the anti-cannabis policy the conservative government had
made. And now they even can elect a new party that has the main goal to find a
reasonable solution for regulating the cannabis sector: The IPN (Internet Party
Netherlands), founded by Wernard Bruining, one of Holland`s cannabis cult
figures.

Bruining wants to stop tearing down a system that has been built up for 25
years in the Netherlands, and instead of this building the system further. A basic
rule of the party is: Everybody is allowed to grow 10 cannabis plants for private
consumption. There recently was a fund raising party in favour of the IPN. Some
20 representatives of cannabis companies have already joined the party.
Vote IPN, and cannabis will finally have a real political lobby in the Dutch parliament, done by stakeholders right from the business. 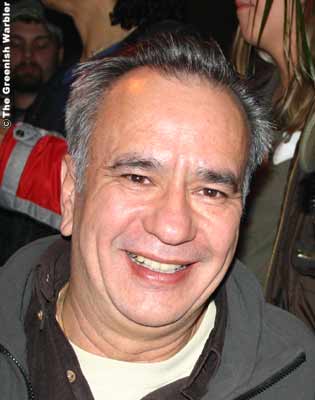 At the end of June, in America the House of Representatives had voted to continue
to allow federal prosecution of patients who use cannabis for medical purposes in
states with laws that permit it. Only a few days later, medical marijuana activists in
San Diego had to learn that the authorities quickly wanted to make use of this
decision - the DEA, San Diego County sheriff's deputies and San Diego police
officers raided a number of medical marijuana dispensaries across the county,
including a location that had just opened recently in Solana Beach.

The county was helping federal agents conduct the raids.
By the way: There are presently only five cannabis users in the USA who don`t need to fear the police at all, because they had gained legal access to medical
cannabis through a special program ("Compassionate IND") that had been
established by the federal government in 1978, but stopped in the early 1990s.
However, already registered patients continued to legally receive cannabis from
the government - meanwhile only five are left…

Sweden is amongst the most repressive anti-cannabis nations in the world.
Now Swedish researchers have tried to revive the "gateway theory" (i.e. users
who start smoking cannabis do rapidly turn into heroin injectors or cocaine
smokers).
A new study from the Karolinska Institute in Sweden this week found that when
rats were exposed to THC during the equivalent of adolescence, their brains
became more sensitive to heroin. In subsequent experiments, animals with
experience of THC took much more heroin. The study suggests a biological
mechanism - at least in rats - for effect of cannabis as a gateway to harder drugs.
But the most simple and convincing argument against the gateway theory is that
the vast majority of cannabis users never try harder drugs.
Maybe the Swedish researchers should have noted this fact before doing their study…

The struggle of German patients for using cannabis as medicine continues:
Now the Federal Institute for Pharmaceuticals and Medical Products has made
unrealistically high demands of patients for the approval of their medical use of
cannabis. On 5 July, the institute sent identical letters to applicants for permission
to use cannabis for medicinal purposes.
In this letter, it e.g. demands the storage of cannabis in a safe or in rooms made
of reinforced concrete (!) and a certificate documenting the patient's experience
in the handling of narcotics. The Institute asks applicants to respond by 31 August
or to request an extension. The letter sounded like a bad joke to the patients,
as only specialised companies would be in a position to meet these demands.
The ACM is currently working on filing a lawsuit against the institute.